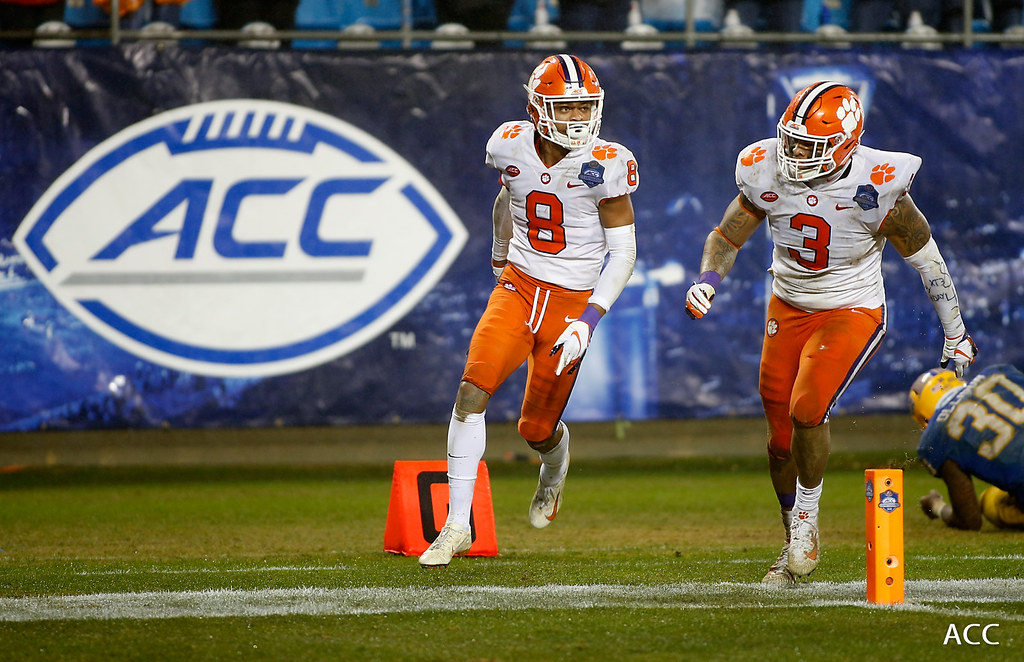 College football season has officially begun and we made it through the first weekend of games. Many fans did not expect Illinois to beat Nebraska which has suddenly made Scott Frost’s seat scorching hot. UCLA and Chip Kelly were able to get off to a hot start and will be looking to be a force in the Pac-12. Now we are off to week 1 and I am here to predict the biggest story lines after the week is over.

Roll Tide Roll, New Faces but Same Results – The Crimson Tide are currently 18.5 point favorites over Miami and expect them to cover the spread. Alabama is replacing all of their offensive skill players but when has that stopped Nick Saban before? Since 2008, his team has ranked number one in the AP poll at least once each season. His team is always incredibly talented and there is no reason to believe they will not be ready. Former five star quarterback Bryce Young will be taking over for Mac Jones. Manny Diaz seems to be moving Miami in the right direction. D’Eriq King is coming back from a torn ACL but is expected to be ready. The Hurricanes have skill players on offense but the defense is a major question after losing Quincy Roche and Jaelan Phillips on the defensive. Tide roll big in this game.

Justyn Ross Shines but Tigers Fall to Dawgs – It has been quite some time since we have seen Justyn Ross in a football game. He will be eager to make plays and as the top target for D.J. Uiagalelei he should have plenty of opportunities. Look for Ross to have around 100 yards receiving when the game is all said and done. Unfortunately for Clemson, a strong day from Ross will not be enough for them to win. J.T. Daniels is one of the best quarterbacks in the country and they have one of the deepest running back rooms. Zamir White, James Cook, and Kendall Milton should all see considerable playing time. While Clemson returns all 11 starters from their defense, it will not be enough to beat Georgia. The final score will be within a touchdown.

Rajun Cajuns Party in Austin – One game most fans are overlooking this weekend because of a loaded slate is Louisiana traveling to Texas. Billy Napier’s team started off strong last season with a 31-14 win over Iowa State and they will be looking to beat another Big 12 team. Levi Lewis returns at quarterback for Louisiana who will look to lead the charge. Louisiana’s defense allowed just 22 points per game last year and also intercepted a total of 16 passes. Texas will be breaking in a new quarterback in Hudson Card. Steve Sarkisian will be relying heavily on his running attack with Bijan Robinson. Robinson averaged over 8.0 yards per carry last fall. This is a game which could go down to the wire where the last team with the ball will win but ultimately Napier’s team wins.

Nittany Lions Survive in Madison, Late Comeback from Wisconsin Falls Short – Penn State will come out strong against Wisconsin. The Nittany Lions may have started 0-5 in 2020, but they won their last four games giving them momentum heading into the off season. James Franklin has found ways to start games off strong and put points on the board early. Fans should expect Franklin to have an excellent game plan in the first half to get the ball to guys like Noah Cain, Jahan Dotson, and Parker Washington. The second half is where I expect Wisconsin to thrive. Franklin has been known to have conservative play calling late in crucial games after he develops a double digit lead. This is where Graham Mertz will begin to mount his comeback. Unfortunately he will come up short and run out of time to defeat Penn State.

USC Makes Statement with Win Over San Jose State – San Jose State is coming into week 1 with a game already under their belt. The Spartans beat Southern Utah by a score of 45-14. Getting the early season tune up game is important because it allows coaches to see what needs to be improved and also realize areas of strength. For USC, this also provides game film instead of looking back upon last season. USC could have the most dynamic offense in the Pac-12 this fall and expect USC to flex their muscles as well. Kedon Slovis is one of the best quarterbacks in the conference and could be a sleeper for the Heisman this fall. After San Jose State’s win over Southern Utah, some experts started to predict a win over USC. This will not be the case as USC will win by at least 17 points.

Oregon and Texas A&M Threatened Early, Run Away Late – Two under the radar games worth keeping an eye on are Fresno State vs Oregon and Kent State vs Texas A&M. The Ducks and Aggies will both pull out victories but they will both face challenges early in the game. Oregon travels to Ohio State next week which could cause them to look ahead. Fresno State shutout UConn in week 0 and has allowed them to get game ready. The Ducks could find themselves in a one score game heading into half time. As for Texas A&M, they will be facing one of the best offenses in the country. Kent State averaged over 600 yards and 50 points per game last year. Sean Lewis is one of the best young coaches in the country and will be looking to become a household name. Dustin Crum may be the best quarterback you never heard of in college football. Luckily for Texas A&M, the Golden Flashes allowed 38 points per game in 2020. The Aggies could find themselves in a shootout early but the defense will step up in the second half and secure the win.

Make sure to visit The Walk-On Redshirts store to help support!