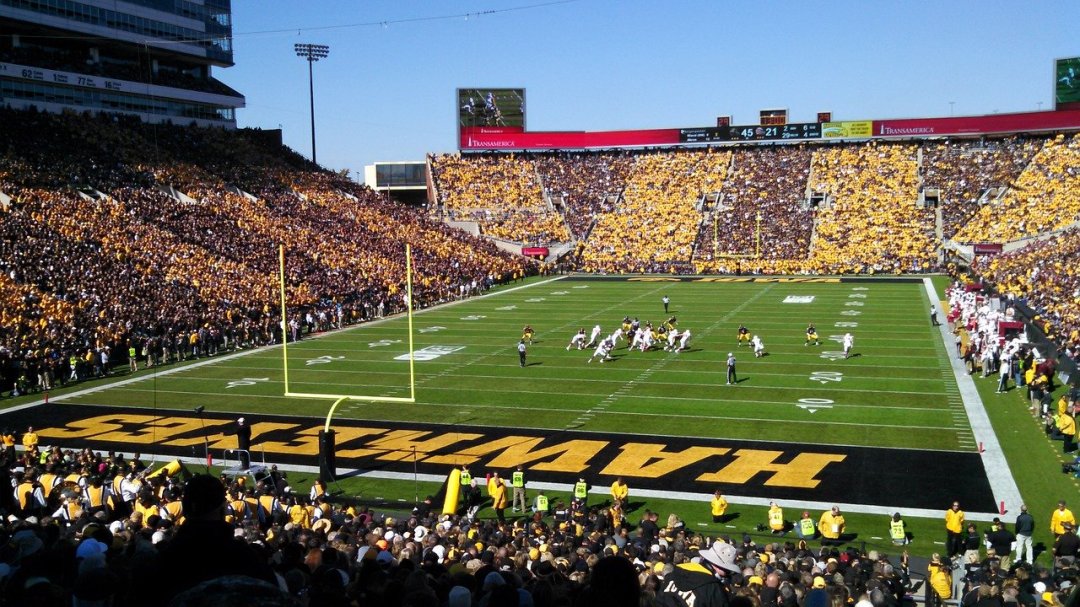 I decided that each week I will make a handful of bold predictions in regards to the games each weekend. These could be scores, players performing well or poor, or anything in between. We have an overall solid slate of games in week 2 headlined by Oregon vs Ohio State and Iowa vs Iowa State. The night game of Washington vs Michigan has potential but with the Huskies loss to Montana, the game feels underwhelming right now.

Iowa wins by at least 10 points – The Hawkeyes looked impressive in their win over Indiana while Iowa State underperformed in their rivalry game against Northern Iowa. Iowa’s defense recorded three interceptions last weekend and looks to be one of the best in the nation. They will face a lofty task traveling to take on Brock Purdy. Purdy limited his mistakes against Northern Iowa going 21/26 for 199 yards but zero touchdowns. One has to wonder if they kept the game plan simple in order to win. No matter the reason, I think the Hawkeyes travel to Ames and come out with a big victory.

Texas A&M survives a scare from Colorado and wins by one score – Both Texas A&M and Colorado struggled early in their first games against inferior opponents. New Aggies quarterback, Haynes King, threw three interceptions in his debut against a subpar Kent State defense. Colorado’s quarterback, Brandon Lewis, only threw the ball 15 times for a total of 102 yards. The Buffalos did find success on the ground rushing for 281 yards and an average of 5.7 yards per carry. The Texas A&M defense allowed 226 yards on the ground to Kent State which will be the area Colorado will try to exploit. The Buffalos quietly finished 4-2 last year and have continued to fly under the radar. I do not expect Colorado to win, but the Texas A&M trip to Boulder will be much closer than many fans expect.

Arizona, South Carolina both fall to Group of Five schools – Arizona and South Carolina are both in tough spots this year. Shane Beamer will need time to build up the Gamecock program but his current quarterback is a graduate assistant because everyone else is hurt. ECU gave Appalachian State a fight and they will give South Carolina all they can handle in week 2. Arizona is one of the worst power five programs and were an absolute mess when Jedd Fisch took over. The Wildcats showed signs of life as they totaled 426 yards against BYU but only managed 16 points. Gunner Cruz looks to be the quarterback for the Wildcats as he threw for 336 yards. My gut tells me to stick with San Diego State and Arizona does not end their 13 game losing streak.

Pitt dominates Tennessee, wins by at least 2 scores – In Pitt’s first game of the season they appeared to look like a good football team. They have fooled us in the past as Pat Narduzzi has averaged 7-5 in his six seasons at the Pitt head coach. The Panthers did play UMass who may be one of the worst FBS teams as they are commonly mistaken as an FCS team. The reason I am picking Pitt to win by two scores is due to the face Tennessee struggled against Bowling Green. The Volunteers would eventually pull away and win 38-6 but at halftime the score was 14-6. Tennessee rushed for a combined 326 yards but Joe Milton only completed 11 of 23 passes. Tennessee will need a more complete game from Milton in order to beat Pitt.

At least 2 FCS teams beat FBS Opponents – We have already seen six FCS schools pull off victories over FBS programs including Montana’s win over a ranked Washington team. We have more than 30 matchups this weekend between FCS and FBS teams. Based off the current trend so far this season, expecting two teams to beat FBS schools does not seem all that far fetched. Kennesaw State vs Georgia Tech, Illinois State vs Western Michigan, and Indiana State vs Northwestern are a few to keep an eye on this weekend.

Jack Coan tops 400 yards – In Jack Coan’s first game as the starting quarterback for Notre Dame he came out firing. Coan finished with 366 yards and four touchdowns in a win on the road at Florida State. This weekend Notre Dame welcomes the Toledo Rockets into town. Toledo is coming off a 49-10 victory over Norfolk State. The Fighting Irish should beat Toledo by at least three scores on Saturday but the Rockets will hang out longer than most expect resulting in Coan playing more snaps.