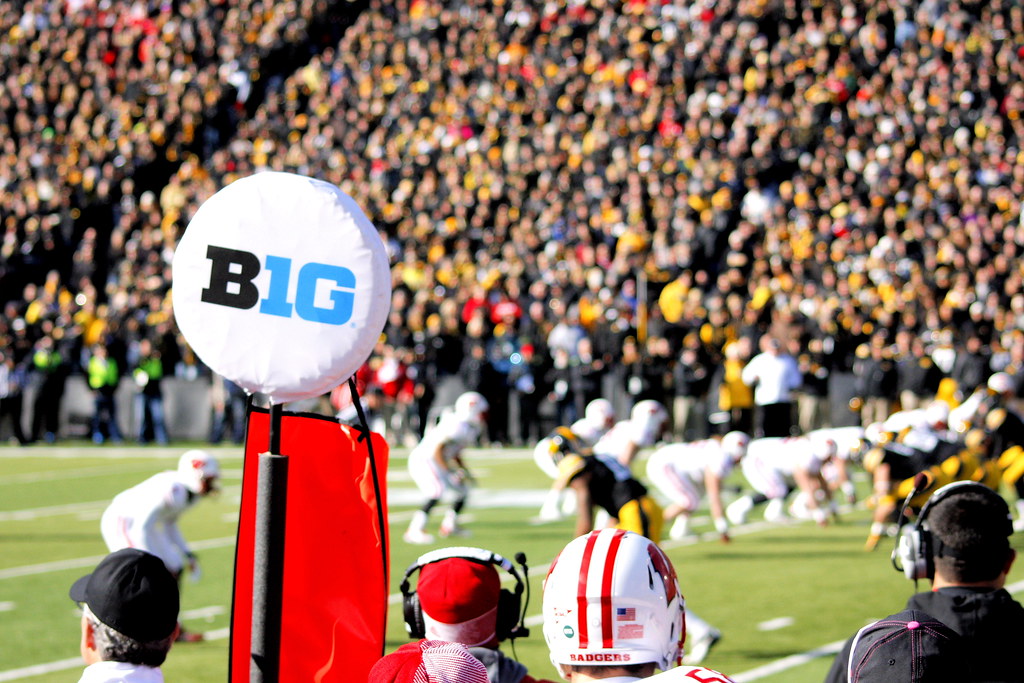 Week 2 has come and gone and we are starting to get a clear picture of who is a contender and who is a pretender. We only had two match ups between ranked teams but that does not mean we were lacking any action. The outcomes from these games will have lasting impacts on the season and change our perception on teams and conferences.

Texas, Indeed Not Back – The Longhorns were routed on the road Saturday losing 40-21 to Arkansas. The game was never close as Arkansas dismantled Texas. The Razorbacks rushed for over 300 yards averaging 7.1 yards per carry. Hudson Card was benched for Casey Thompson and neither quarterback saw much success. Steve Sarkisian has a long way to go before he can make Texas a powerhouse once again. As Texas transitions to the SEC, how long do we expect this rebuild to take?

Notre Dame Underwhelms, How many games can they win? – How many people thought Toledo could contend with Notre Dame this weekend? It was expected to be a blowout and then everyone looked to see if they had a Peacock subscription to watch the ending. Toledo was up 16-14 entering the fourth quarter. They also retook the lead with less than two minutes on the clock. Jack Coan looked subpar against Toledo but he was able to lead the Irish to a game winning drive. After seeing Florida State lose again, how good is Notre Dame? They still have games against Virginia Tech, North Carolina, Stanford, Cincinnati and USC. Notre Dame will lose at least two games this fall.

Is Iowa a National Title Contender? – Iowa has won both games convincingly so far this season. The Hawkeyes blew out Iowa and then topped Iowa State on Saturday. Iowa has forced seven turnovers already this season which has resulted in 37 points. Spencer Petras has not been amazing but he has limited his mistakes. In order for Iowa to have a chance at winning the Big Ten, they will need better quarterback play. Petras only has 251 passing yards with one touchdown so far this fall. The Hawkeyes are currently averaging only 3 yards per carry. The defense has been stellar but the offense will need to improve in order for Iowa to continue on their current trajectory.

Ohio State’s defense is missing – Oregon traveled to Columbus and ran all over Ohio State. Oregon gained over 500 yards of total offense including 269 rushing yards. The Ducks averaged 7.1 yards per carry on Saturday. The Buckeyes had defensive struggles last season and their defense has not improved this season. Ohio State has games against Tulsa and Akron where they will attempt to get the defense corrected. The confusing part about the whole situation is the fact they have plenty of talent on defense. If they do not improve, it could be a long season for Ryan Day.

Texas A&M is in Trouble – Haynes King went down in the first quarter and was replaced at quarterback by Zach Calzada. The Aggies scored their game winning touchdown with less than three minutes remaining in the game. After King left the game, Texas A&M struggled to move the ball. Calzada should get better as the season goes on but he struggled to move the ball consistently. King is expected to miss a few weeks and will likely return around the end of October. The Aggies have games against Arkansas, Alabama, and Mississippi State in that time frame which is likely to result in at least one loss if not more.

Clay Helton Needs to Go Now – Clay Helton has been on the hot seat for a few years but now is the time for USC to make the move and remove Helton as the head coach. USC lost 42-28 but the game was not as close as the score dictates. Stanford was winning 42-13 in the fourth quarter before two garbage time touchdowns from USC. The Trojans consistently have one of the most talented rosters in the Pac-12 but have unperformed each year under Helton. USC needs to open the checkbook and hire the best candidate they can get because it is time for USC to return to the top of the Pac-12. Luke Fickell will be the top name because of the connection to their athletic director, Mike Bohn.