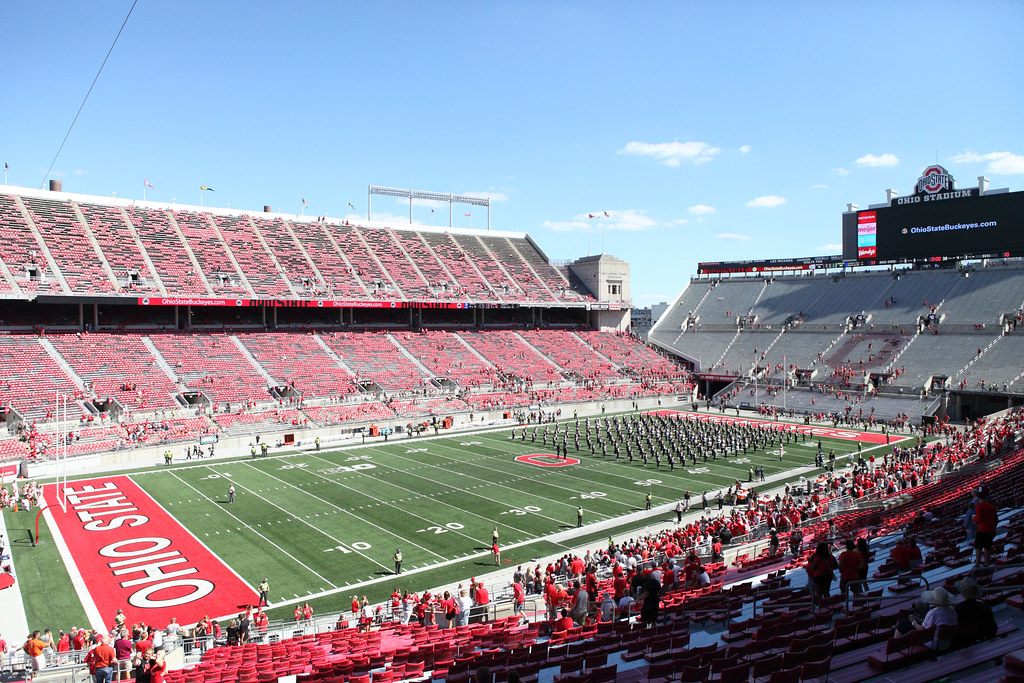 The Big Ten’s bowl season has officially come to an end. The conference finished 6-4 after Rutgers filled in to play Wake Forest. Michigan lost in the College Football Playoffs to Georgia while Ohio State and Michigan State each won their New Years Six Bowl game. The Big Ten has numerous questions heading into next season which we will dive into and begin processing. Ohio State and Michigan are sure to be the main contenders for 2022 but can anyone else make the jump and compete with the Buckeyes and Wolverines? The Big Ten East will almost certainly be one of the best divisions in college football again in 2022.

Who Starts at QB for Michigan? – I have long said I believe J.J. McCarthy is a better quarterback than Cade McNamara and gives the Wolverines a better chance to win games. McNamara fits the stereotype of a game manager and has not shown he can be a difference maker for the offense. I do not believe McCarthy would have helped Michigan beat Georgia because the Bulldogs outmatched the Wolverines. Jim Harbaugh will need to seriously look at his quarterbacks for 2022 if they want a chance to make another playoff appearance and have a serious shot at a title. The Wolverines return Ronnie Bell, Cornelius Johnson, Erick All, Roman Wilson, and Blake Corum next season giving them plenty of offensive weapons. Michigan lacks a marque game until October 1 at Iowa giving Harbaugh plenty of time to determine his starting quarterback.

Who is the Premier Team in the West? – Iowa, Northwestern, and Wisconsin have been the only teams from the Big Ten West to make the Big Ten championships since the divisions realigned. Minnesota could be primed to make a run at the Big Ten championship with Mohamed Ibrahim and Trey Potts returning for the Golden Gophers. Wisconsin found their future running back in Braelon Allen and should be a force. The Badgers discovered Graham Mertz is not their quarterback savior and should continue to rely on the run game. Purdue is returning Aidan O’Connell who could be the best quarterback in the west. The Boilermakers are coming off an eight win season and will look to build upon their success next season even with the losses of David Bell and George Karlaftis. Iowa should have another strong defense after representing the Big Ten west this past season. Iowa will need to replace running back Tyler Goodson as he is heading to the NFL. The division should be competitive but only one can win the division.

Can Scott Frost Finally Break Through? – Scott Frost is entering his fifth season as the head coach of the Nebraska Cornhuskers. His record of 15-29 is lackluster and has led to speculation next season could be his last if improvements are not made. The Cornhuskers finished 3-9 but lost every game by nine points or less. Nebraska had the lead late in many games but one or two crucial mistakes would cost them the game. Frost will be looking for a new quarterback as Adrian Martinez transferred to Kansas State for his final year of eligibility. Former Texas quarterback Casey Thompson has been rumored to be a transfer candidate. Thompson would compete with Logan Smothers and Heinrich Haarberg for the starting position. Frost also added former Pitt offensive coordinator Mark Whipple. Whipple helped orchestrate one of the best offenses led by Kenny Pickett and Jordan Addison.

Can Ohio State Return to the College Football Playoffs? – Ryan Day missed the College Football Playoffs for the first time in his tenure as the Ohio State head coach. Luckily for Day, the Buckeyes should be one of the most talented teams entering the 2022 season. Jaxon Smith-Njigba had a performance for the ages in the Rose Bowl and should be one of the wide outs in all of college football next season. C.J. Stroud and TreVeyon Henderson will also be front runners for the Heisman Trophy. The biggest question for Ohio State is their defense. Day hired former Oklahoma State defensive coordinator, Jim Knowles, to help fix the defense. Ohio State has continually been one of the most talented teams in the country which should give Knowles a good foundation to build upon in his first season. The Buckeyes open the season at home against Notre Dame which will not give Ohio State much time to break in their new defense.

Is Michigan State For Real or a One Year Wonder? – Mel Tucker hit the jackpot finding Kenneth Walker in the transfer portal. Walker was one of the best running backs in the country finishing the season with over 1,600 yards and 18 touchdowns. Walker is off to the NFL so the Spartans will need someone new to step up at running back in 2022. Peyton Thorne is expected to return at quarterback and Jalen Nailor will also return. Jayden Reed is still mulling his options after a strong performance in the Peach Bowl. The Spartans had one of the worst passing defenses in the country in 2021 which will need to be addressed. Tucker may look to use the transfer portal again this off-season after finding success in the portal last year. He also received a 10 year extension after only his second season which will raise expectations for the Spartans moving forward.

Here’s #USC showing up for their first game against Wisconsin in November
The ACC recently toyed with the idea of dropping divisions and having the format in which every team has 3 rivals that they play every year and then a 5-team rotation of the other teams in the conference. This idea has since become a reality and will be put into place in 2023.