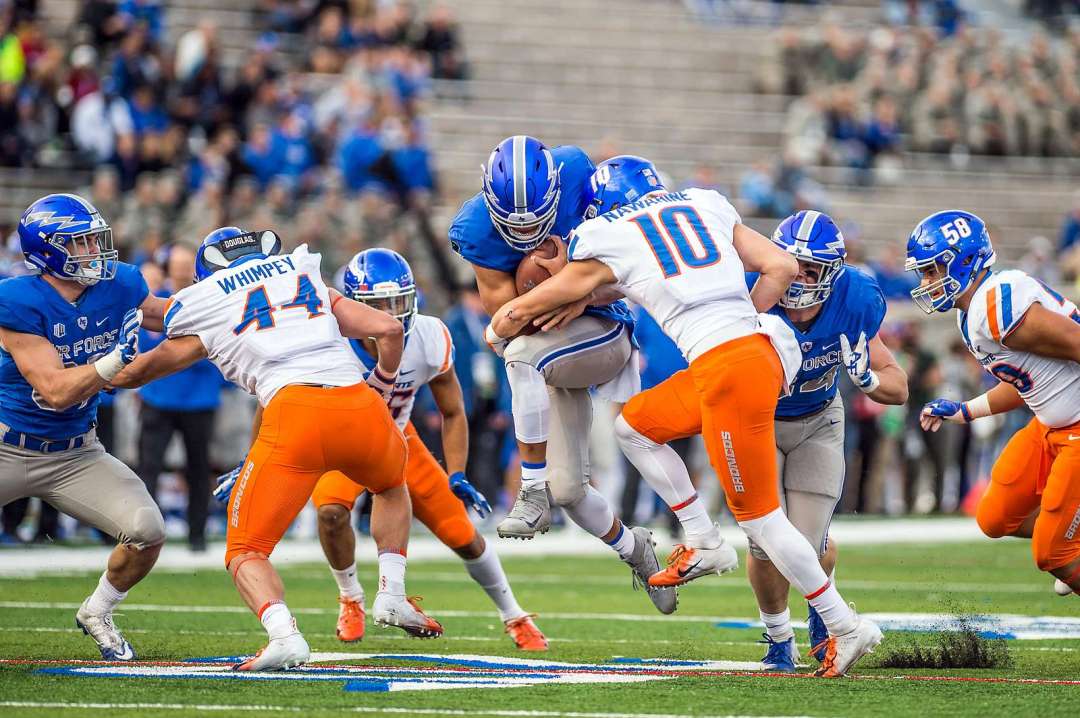 Networks have started announcing a few game times for matchups this fall. Week one is headlined by Notre Dame vs Ohio State and Oregon vs Georgia but we have many other intriguing matchups. The first weekend of college football will have many glued to their televisions to watch any game possible, even if the game is a blowout. The good news for those fans is the weekend slate is filled with good matchups which many fans and media outlets are overlooking.

1: Cincinnati @ Arkansas – Cincinnati is coming off a college football playoff berth and will also be replacing a core of talented players. Quarterback Desmond Ridder is off to the NFL along with defensive backs Coby Bryant and Sauce Gardner. Cincinnati should still be primed to be one of the top teams in the American Athletic Conference but traveling to Arkansas will be no easy task. Arkansas is led by KJ Jefferson. Jefferson threw 21 touchdowns to only four interceptions last year and could be viewed as a dark horse Heisman candidate if he continues to improve. Arkansas lost Treylon Burks to the NFL but received a transfer from Oklahoma wide receiver Jadon Haselwood. Haselwood will need to fill the void left by Burks in order for Arkansas to have continued success.

2: West Virginia @ Pittsburgh – This is a game we have been waiting for and has been getting more hype than the rest of the games on this list. The Backyard Brawl has the best rivalry name in college football. Both programs will be led by new quarterbacks this fall. The Mountaineers will be led by former USC and Georgia quarterback JT Daniels while Pitt will be led by former USC quarterback Kedon Slovis. Slovis and Daniels both have the ability to lead high scoring offenses which could make for an exciting Thursday night game. The biggest question for Pitt will be replacing Jordan Addison after he chose to enter the transfer portal following spring practice. If you are going to only watch one game on Thursday night, make sure it is this one.

3: Utah @ Florida – The Utah Utes will be looking to build upon a strong 2021 campaign after winning the Pac-12. Quarterback Cameron Rising and running back Tavion Thomas are back to lead the Utes. Thomas led the ground attack rushing for 21 touchdowns last season and will be looking to repeat his performance. Florida transfer Mohamoud Diabate will look to make an impact with the Utes after totaling 89 tackles last season. The Gators are expected to be led by Anthony Richardson at quarterback. Richardson had an up and down season after splitting time Emory Jones who has since transferred to Arizona State. Richardson should have the reigns to the offense without looking over his shoulder. One area Richardson excelled was in the ground game. Richardson rushed for over 400 yards averaging 7.9 yards per carry.

4: North Carolina @ Appalachian State – North Carolina is entering a new era after Sam Howell entered the NFL draft. Jacolby Criswell and Drake Maye are the odds on favorites to replace Howell this year. The Tar Heels will also need defensive improvement after finishing 105th nationally last season. Appalachian State’s weakness to start the season will be the receiving core after losing their top three wide receivers. The strength for Appalachian State will likely be their run defense. They led the Sun Belt in tackles for loss last year. The Mountaineers are one again led by veteran quarterback Chase Brice who will be looking to lead his team to another 10 win season.

5: Boise State @ Oregon State – The Boise State Broncos are coming off one of their worst seasons in recent memory after going 7-5 in 2021. The Broncos will be led by veteran quarterback Hank Bachmeier. Bachmeier threw 20 touchdowns and for over 3,000 yards in 2021. One of the biggest keys for Boise State will be their secondary. The secondary intercepted 13 passes and will be returning almost everyone. The Oregon State Beavers are coming off their first winning season since 2013. Chance Nolan returns at quarterback after completing 64% of his passes in 2021. The Beavers ranked 127th in opposing third down conversions allowing teams to convert over 50% of the time. Luckily the Beavers return seven of their top 10 tacklers from last season which should help get opposing offenses off the field. This is the top matchup for west coast teams to open the season.

Here’s #USC showing up for their first game against Wisconsin in November
The ACC recently toyed with the idea of dropping divisions and having the format in which every team has 3 rivals that they play every year and then a 5-team rotation of the other teams in the conference. This idea has since become a reality and will be put into place in 2023.