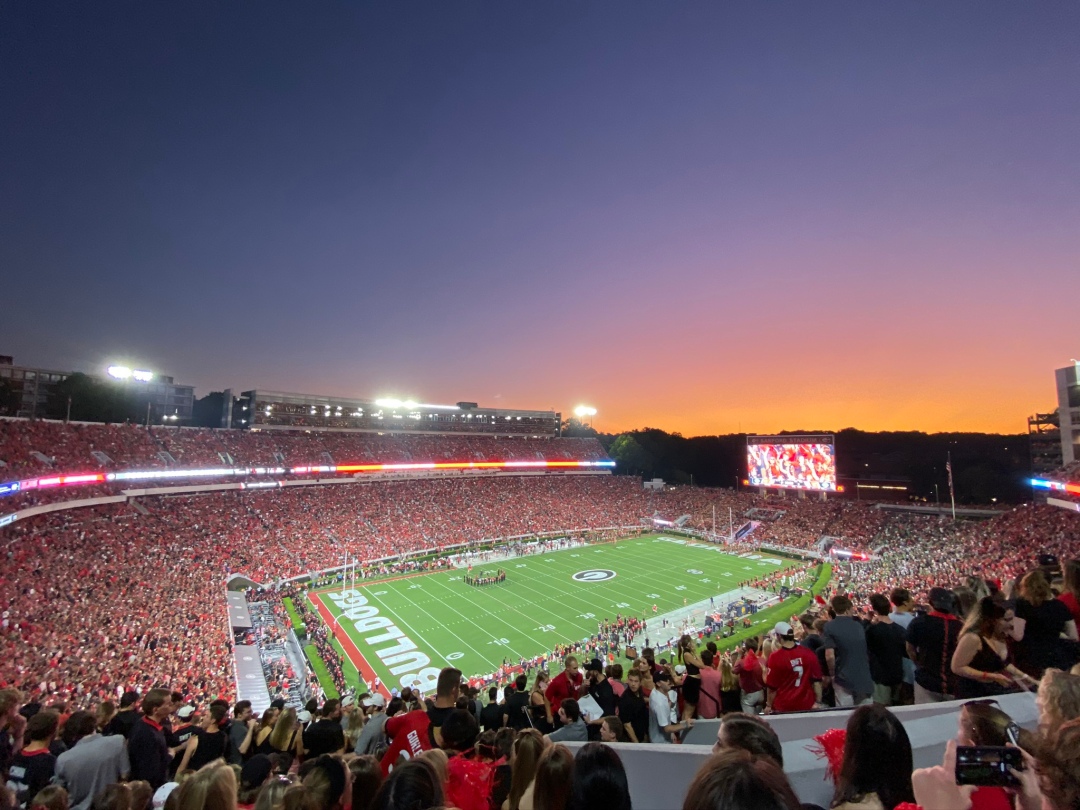 Only seven more weeks until we are able to watch college football once again. Today we are focusing on one of the best parts of the game watching experience. Primetime ABC games are one spot most of us look forward to each Saturday night which is why it is the subject of today’s 99 Things. The games played at 7:30 or 8:00 have traditionally become some of the biggest matchups of the week and continue to attract the most eyes to watching the game. College Gameday has been on site for plenty of matchups to add additional hype to the game.

Each year ESPN will pick a song to go with their primetime games. Walk On Water by Thirty Seconds to Mars and Centuries by Fall Out Boy were two of the most overplayed songs that I will forever associate with college football. Typically ESPN will select one song in the summer time to help hype up the start of college football and use the song for the entirety of the season. By the end of college football none of us ever want to hear the song again because of how overplayed it becomes.

The first few weeks of games for the primetime slot on ABC have already been selected. In week one we have Notre Dame vs Ohio State. In week two USC will play at Stanford. Week three features Michigan State at Washington. While week two and three may not be the best matchups to start the year, we know the games will continue to get better as we enter conference play. Last year started with Clemson and Georgia playing in Charlotte followed by Washington at Michigan and Auburn at Penn State.

Living on the east coast means waiting all day until the primetime matchup on ABC comes on television. We have a full day of coverage with College Gameday, the noon timeslot and then the midafternoon slot completed before reaching the final games. A full day of drinking has happened and at this point we are ready for quality college football. Personally I enjoy when my team is not involved because I enjoy the neutrality and not being put in an awful mood if my team does in fact lose. Being at a night game is the complete opposite. Everyone should want to be at the night games because the atmosphere of a primetime matchup with a quality opponent is unmatched.

We have 49 more days until the first college football game and 56 days until our first ABC primetime matchup. Hearing Kirk Herbstreit on the call of the first game will be something we will all enjoy. Start reading your preview magazines and listening to preview podcasts because the start of the season will be here sooner than you think. Cheers!

Today’s 99 Things is focused on the legendary Lee Corso. @kirkherbstreit’s best friend has been a staple of @collegegameday since it’s inception. Read more about Lee Corso by clicking the link in our bio! 14 more days until #CollegeFootball!
Billy Napier was hired as the Florida Gators head coach after last season. Napier is looking to bring Florida back to the promised land. He is the 4th coach hired by the Gator's since Urban Meyer resigned after the 2010 season. How many wins do you think the Gators finish with this season?