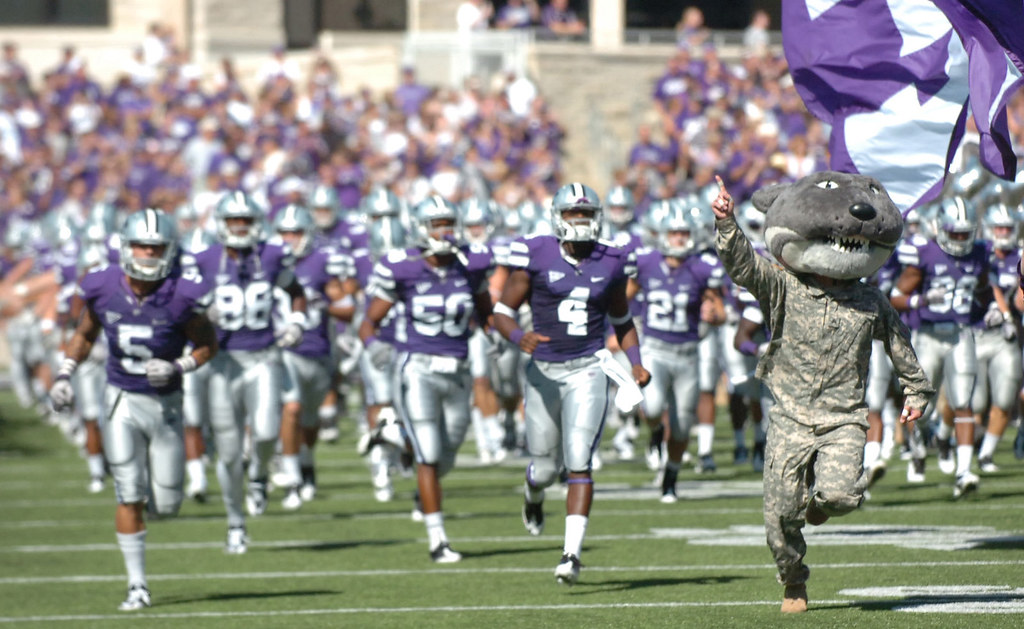 We are officially within one week of college football. We have college football on every Saturday from now through the National Championship game in January. 99 Things is starting to come to a close but we have a few topics still to cover. Today we are talking about one of the most talented running backs in the nation. Deuce Vaughn tends to fly under the radar because he plays for Kansas State but make no mistake, he is incredibly versatile and talented. He is short in stature standing at only 5’6″ but he is a playmaker when the ball is in his hands. He quietly handles his business and helps make Kansas State a threat each week. Number six in 99 Things is Kansas State Wildcat, Deuce Vaughn.

The third year player has been productive since he stepped onto the field as a freshman in 2020. Vaughn was named a Freshman All-American and Big 12 Offensive Freshman of the Year after he finished the season with 642 rushing yards and 434 receiving yards. He also totaled nine touchdowns in his freshman season. Vaughn led Kansas in rushing yards and receiving yards. His best game of his freshman year came in the season finale against Texas. He totaled 221 all-purpose yards and scored two touchdowns in a loss to the Longhorns.

Vaughn put the nation on notice his freshman season and followed it up with an even stronger sophomore year. He finished the season with 1,404 rushing yards which placed him ninth in the nation. His 18 rushing touchdowns also put him in a tie for eighth with Kenneth Walker from Michigan State. Vaughn was once again a reliable threat in the passing game as he finished the year with 49 receptions for 468 receiving yards and four touchdowns. He led the Wildcats in receptions and receiving touchdowns and finished second in receiving yards. Vaughn was a consistent threat in the rushing game as he finished with at least 100 yards in nine of Kansas State’s 13 games. He also scored at least one rushing touchdown in 10 games last season. All of his accomplishments helped him become a First Team All-American and the Big 12 Offensive Player of the Year.

Elusiveness is a main reason why Vaughn has been widely successful over the past two seasons. He is shifty and knows how to make defenders miss each level of the defense. Vaughn is consistently one of the fasters players on the field so after he makes a defender miss, they will have almost no chance at catching him. He is a patient runner and understands waiting for his lanes to open. He is a dynamic threat in the passing game because he knows how to get open. The biggest concern for Vaughn in the long-term is his size. The players are bigger and faster in the NFL so how will his body withstand the hits? He currently struggles in pass protection. Vaughn only weights 176 pounds so defenders are able to run through him when attempting to get to the quarterback. Darren Sproles had a similar build and he also played at Kansas State. Sproles found a role for himself and spent more than a decade in the NFL.

The Wildcats will have plenty of opportunities to showcase the talent of Vaughn this season. Kansas State will play all of their non-conference games at home this season. South Dakota State, Missouri and Tulane will all visit Manhattan Kansas this upcoming season. The Wildcats will play most of their hardest Big 12 games on the road this fall. They will make visits to Oklahoma, Iowa State, Baylor, TCU and West Virginia meanwhile Kansas, Texas, Oklahoma State and Texas Tech will visit the Wildcats. Kansas State has the potential to be a sleeper in the Big 12 this season and one of the main reasons is Deuce Vaughn. Can Vaughn be a big enough playmaker to push Kansas State to a the upper echelon of the Big 12?