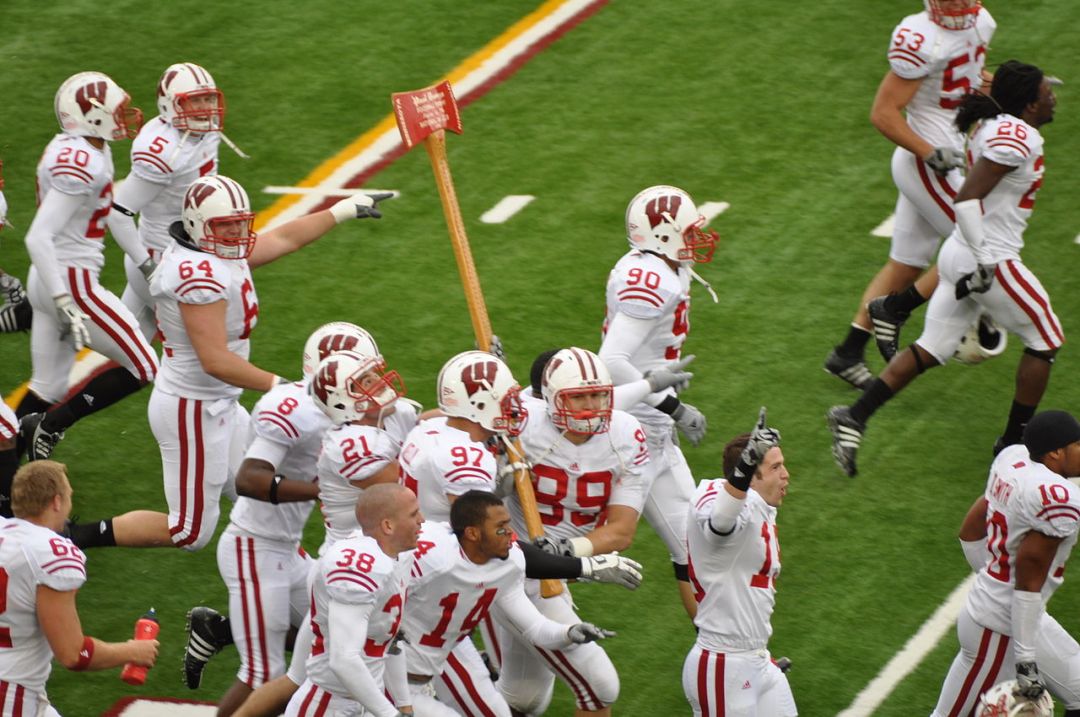 The Wisconsin Badgers made one of the most surprising moves of the college football season by firing Paul Chryst. Chryst was a Wisconsin native and alum who helped the Badgers win the Big Ten West three times. The Badgers were 67-26 under Chryst but will now be seeking new leadership. Jim Leonhard has taken over as the interim head coach and will be one of the primary candidates for Wisconsin. Leonhard will get the first shot at the job but Wisconsin will have other coaches interested in the job as well. Today we are looking at a few coaches who could be candidates to be Wisconsin’s next head coach.

Jim Leonhard (Wisconsin Interim Head Coach) – Jim Leonhard is the favorite to be the next head coach of the Wisconsin Badgers. Many experts across the industry believe he is on pace to be a head coach in the next few seasons. Wisconsin’s defense has consistently been one of the best in the country since Leonhard took over in 2017. Leonhard started his career as a walk-on at Wisconsin before being named an All-American in 2002, 2003 and 2004. He has the opportunity to take the job before other candidates have a chance to interview. Wisconsin still could win the Big Ten West and make a trip to Indianapolis. Leonhard will remain the favorite as long as he leads Wisconsin in a positive direction the remainder of the season.

Lance Leipold (Kansas Head Coach) – Every school with an opening is going to be targeting Lance Leipold this offseason. Leipold is a Wisconsin native who spent a large portion of his career coaching division III football at Wisconsin-Whitewater. Kansas is having their best season in recent memory and currently sits at 5-0. Leipold helped orchestrate one of the biggest turnarounds in college football. Kansas is one of the worst programs historically and they are currently ranked 19th in the AP poll. The Jayhawks have not been ranked since October of 2008. Leipoold has seven wins over the past two seasons at Kansas. The Jayhawks won only nine games in the previous six seasons combined. If Wisconsin does not make a push for Leipold, someone else will.

Matt Campbell (Iowa State Head Coach) – Matt Campbell is in his seventh season as the Iowa State head coach. No coach has a better win percentage at Iowa State than Campbell since Charles Mayser finished coaching in 1919. Hall of Fame coach Earle Bruce came the closest after coaching the Cyclones for six seasons and finishing with a win percentage of .529. Campbell appears to be content an Ames so convincing him to leave would be a tall task. He grew up in Ohio and coached in the MAC meaning he has an understanding of the Big Ten culture. Campbell has the personality and mentality to fit in the Big Ten and be successful. Is Wisconsin the job which would make Campbell seriously consider leaving Iowa State?

Jake Dickert (Washington State Head Coach) – Another Wisconsin native is on this list because the Badgers will likely be looking at a candidate who is familiar with the program. Jake Dickert was hired as the Washington State interim coach last year after Nick Rolovich was fired midseason. Dickert was given the job on a full time basis after going 3-3. Washington State has started the season 4-1 including a win over Wisconsin. Dickert may not be the top choice for the job but he is one of the candidates most likely to accept the Wisconsin position. Washington State is one of the hardest jobs in the country because of its location and lack of resources. If Dickert can find success in Pullman, he can find it in Madison too.

Justin Wilcox (Cal Head Coach) – Justin Wilcox would likely be a last resort candidate but he is still a candidate for this position. He was the Wisconsin defensive coordinator in 2016 before accepting the head coaching position with Cal. Wilcox is 29-30 across six seasons leading the Cal Golden Bears. He has only registered two winning seasons in his tenure with the more recent coming in 2018. Wilcox has spent the majority of his career on the west coast so the interest in returning to Madison is unlikely. Wisconsin is unlikely to give Wilcox a chance because his teams have been subpar. Chryst was 19-19 as the head coach at Pitt before accepting the position with Wisconsin so there is always a chance.

Sean Lewis (Kent State Head Coach) – Sean Lewis was a tight end for Wisconsin from 2006 to 2007. Chryst served as the position coach for him when he played for the Badgers. Kent State’s record under Lewis does not reflect the complete turnaround of the program. The Golden Flashes are 2-3 this season but their three losses are to Washington, Oklahoma and Georgia. Lewis prefers to schedule the toughest teams out of conference so they are battle tested when the MAC schedule begins. Kent State is 15-6 in MAC games over the past four seasons but just 19-17 overall. Lewis is still just 36 years old but he will be looking to make the jump to a bigger program in the next few years.

Darrell Bevell (Miami Dolphins QB Coach) – Darrell Bevell is another former Wisconsin player who will be considered a candidate for the job. Bevell has spent almost the entirety of his career in the NFL which is a main reason why he likely will not consider the Badgers. Coaches who grow accustomed to the NFL typically do not have interest in moving back to the college ranks where they are required to recruit 365 days a year. Bevell was the offensive coordinator for the Seattle Seahawks during the prime of their Super Bowl runs. Bevell also called the notorious play in Super Bowl XLIX where Russell Wilson threw an interception at the one yard line. He has been named an interim head coach on two different occasions registering a combined record of 2-7.

Bret Bielema (Illinois Head Coach) – Would Wisconsin really take a chance and hire their former coach? Bret Bielema spent seven seasons at Wisconsin compiling a 68-24 record from 2006 to 2012. Bielema left for Arkansas where he struggled in the SEC. Now he is back in the Big Ten leading the Illinois Fighting Illini. Illinois destroyed Wisconsin 34-10 which is the reason Chryst was fired. Bielema has led Illinois to a 4-1 record which is their best start since 2015. Illinois has only appeared in two bowl games over the past decade. Bielema has them in a position to make their third. As previously mentioned, would Wisconsin actually hire their former head coach who helped fire Chryst?

The #TransferPortal window has opened and over 1,000 players are currently in the portal. We have taken the liberty at helping you figure out who some of the best and most intriguing prospects are in the portal. Click the link in our bio to read who our 10 most intriguing prospects are this offseason!
The regular season has concluded and now it’s time to hand out awards. College Football was full of surprises and disappointments. We came up with some creative awards to hand out to players, coaches and teams. Make sure to click the link in the bio to see all of the awards!