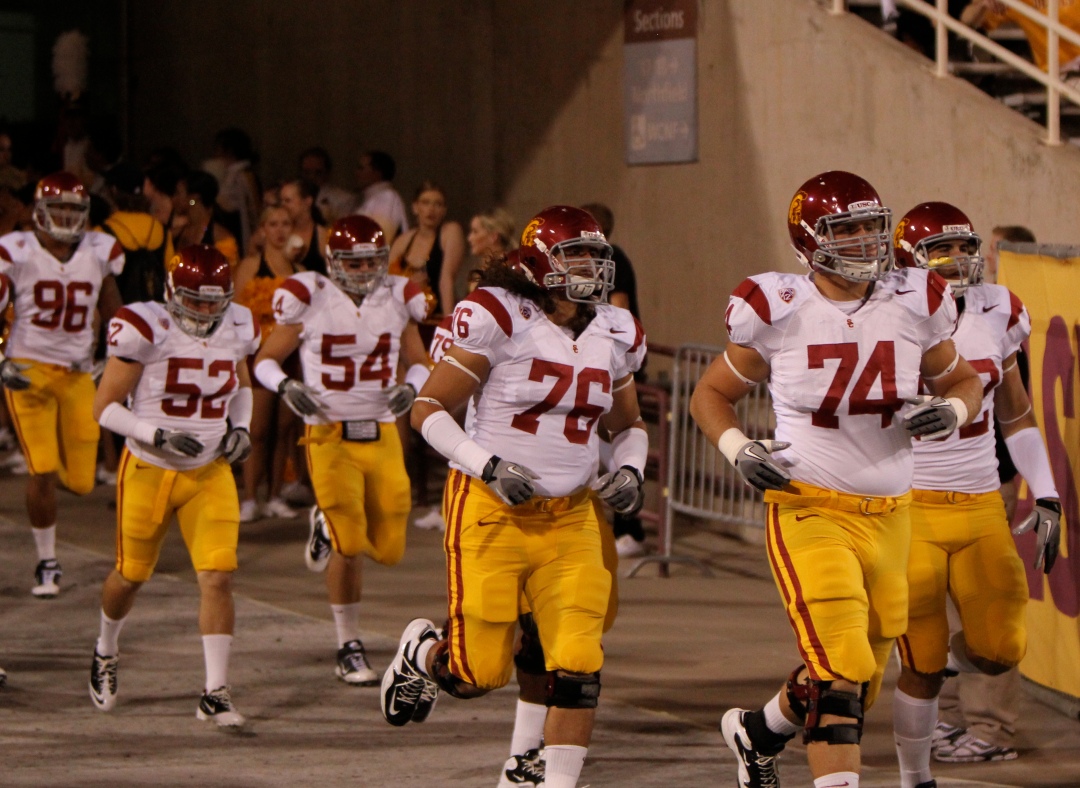 First year head coach Lincoln Riley arrived in Southern California with high expectations, but even most USC fans are pleasantly surprised with the results of the 2022 season.

An 11 win season with the chance to make it 12 on Monday, an appearance in the Cotton Bowl where they will taken on Tulane, a Heisman winning quarterback in Caleb Williams who will be back in 2023, and the No. 2 recruiting class in the PAC-12 and No. 11 in the country.

Note: All individual player rankings, star ratings, class rankings, etc. will be based on the 247Sports composite rankings which will also combine recruit and transfer portal additions.

USC currently has 27 commitments in their 2023 class that is made up of 20 high school recruits and 7 transfer portal players.

The Trojans didn’t experience as much drama as other teams did on National Signing Day as most of their high school commits were already locked in well before signing their National Letter of Intent. Their lone “miss” was five-star EDGE Matayo Uiagalelei who chose Oregon over USC and Ohio State.

The one high school prospect who didn’t sign last week was Mesa (Ariz.) Red Mountain four-star wide receiver Ja’Kobi Lane who has been committed since late August, but also has been linked to schools such as Oregon, Texas, and most recently Arizona State. We’ll see if Lane visits any schools when the dead period ends in January or if he ends up sticking with USC.

For the second consecutive year, USC has been one of the hottest teams in the country when it comes to attracting some of the best players in the transfer portal and they are nowhere close to being done.

Here are a couple of their remaining targets that USC fans will want to keep a close eye on between now and the traditional National Signing Day on February 1st.

Phoenix (Ariz.) Pinnacle five-star tight end Duce Robinson is one of the best dual sport athletes in the country. At 6’6 225lbs Robinson is an elite baseball prospect who will likely be targeted by many MLB teams, has made it clear that he will be playing both sports in college. Aside from USC, Texas and Georgia are the heavy favorites to land Robinson who is the No. 1 TE in the 2023 class.

Gardena (Calif.) Junipero Serra four-star cornerback Rodrick Pleasant is one of the fastest athletes in the country. With his elite speed, it’s no surprise that he is highly coveted by some of the best football and track programs in the country such as USC, UCLA, and Oregon.

Folsom (Calif.) Folsom four-star tight end Walker Lyons decommitted from Stanford after former head coach David Shaw resigned after the conclusion of the regular season. Even though Lyons will be taking a two year LDS mission after he graduates so he won’t count against any 2023 class scholarship count, that hasn’t stopped schools such as Georgia, USC, Utah and BYU from prioritizing the elite tight end prospect.

The Trojans are definitely a PAC-12 to watch over the next month or so as they look to add some more instant impact transfers and so make sure you follow @walkonredshirts on Twitter to find all of our content and I can also be found on Twitter @LucasAguilar247.

View all posts by lucasaguilar27